Mindy founded Creative Money LLC to provide financial planning and strategic, customized advice without product sales. With a masters in business, a life coaching certification and 16+ years in financial services, Mindy can help untangle the biggest obstacles to financial success, and provide coaching, clarity and concrete action steps. Mindy is also the author of the book Personal Finance That Doesn’t Suck, available on Amazon. 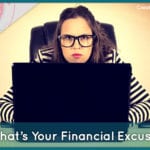 Financial habits are just as difficult for some people to make and break as any addiction or other bad habit. Yet others can change their habits quite quickly and effectively. Do those people just have more willpower?  Are they smarter? Are they somehow better than the rest of us? Nope.  In Gretchen Rubin’s book, Better…

Are You TRYING to Fail at Money??? 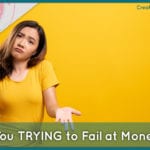 Nobody wants to fail.  Not consciously anyway. But sometimes not changing is easier than changing. We’ve all experienced this, right? It’s easier to stay in bed than get up and go for a run. It’s easier to leave our money in the old company 401k than figure out what to do with it. It’s easier…

The post Are You TRYING to Fail at Money??? appeared first on Creative Money.

Your Brain Is Wasting Money 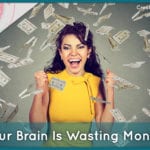 We often think about our brains as the ultimate authority, the ultimate truth. But, as it turns out, sometimes they are big, fat, liars. They like things the way they are now — even if you have other goals to change your habits or create new ones. In fact, our brains will tell us some…

The post Your Brain Is Wasting Money appeared first on Creative Money.